From Beijing to Belfast- China’s economic impact in Northern Ireland

In the midst of recent media hysteria about a potential Greek exit from the EU, Scottish Independence and Stormont’s woes; the issue of China and its worrying slump could arguably have more pronounced effects than any of the above. 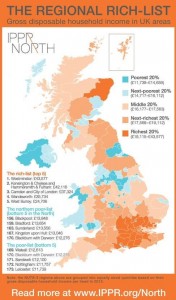 Therefore, when analysing global economic impacts, it’s pertinent to do so from a UK perspective, whilst acknowledging the caveat that NI is already struggling in comparison with England and Scotland.

China’s economic slump is starting to raise a few eyebrows within the international community. A recent article within the Daily Telegraph argued that the shape and future direction of the global economy is being determined by China. Furthermore, it stated that if China’s economy stumbles, the world falls.

From an NI perspective, could the crash of an economic powerhouse such as China simultaneously produce a tear in the bubble wrap currently provided to us by Westminster? That much is unclear, however, what is clear is that our ever present reliance on public sector employment and a well-publicised subvention makes us susceptible to adverse impacts alongside the rest of the world. So, should we be concerned? Yes!

When we look back at the catastrophic global effects of the Wall Street crash almost 100 years ago, it is worth acknowledging the parallels between America then and China now; “America in 1929 and China today – are at roughly similar stages of economic development” (in terms of rapid credit growth and wealth creation).

The Greek situation (in relation to the Euro zone) could be but a drop in the ocean in comparison, therefore local companies should keep an eye on any current trade arrangements with Chinese companies, in the wake of economic forecasting.

It is worth noting that China’s working-age population – those aged between 15 and 59 – fell by 3.71 million last year, a trend that is expected to continue. Figures as startling as these will undoubtedly affect economic input as less people equals less economic activity.

Whilst NI manufacturing exports to China have increased by 58% over the last four years with companies (including B/E Aerospace, Dunbia, Schrader Electronics and Andor Technology) successfully driving export growth in the Chinese market, we should be cautious and not overlook the effects that a global slump could have for some of our most successful export focused businesses.

I would echo the sentiments of Minister Bell who yesterday urged NI companies ‘to seek new foreign investment and export opportunities’ in order to remain competitive on the global stage. Perhaps looking at new opportunities in different regions could be a pragmatic way to protect business against the ramifications of a Chinese slowdown.

Whilst it is prudent for people in my area of work to alert clients to this type of activity, it is also prudent to remind businesses that the UK economy continues to grow and as such, that is a cause for optimism. Perhaps the current situation is best summed up by a an excerpt from a recent article within Business Insider;

“If the Chinese economy takes a bad path, it won’t cause ripples as large as the 2008 crisis. But it will mean an economy of nearly 1.5 billion people is left permanently smaller than it otherwise would have been — probably a much weaker market for western goods, and a less prosperous world in general.”

In the short term, we are unlikely to feel the effects of China’s economic deterioration, however, we should be concerned, and aim to diversify through hedging our bets as we seek to maintain recovery from our last recession in 2008.