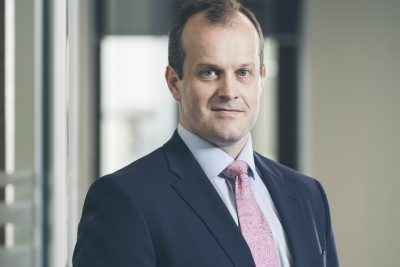 The answer to this question provides more answers than you may realise. It may seem like semantics, but we generally prefer to reference an exit, rather than a sale, as the latter, in our belief, serves to perpetuate the myth that a sale is a binary, all or nothing event, i.e., you either keep the business, or sell all of it, when it fact it is increasingly common for shareholders to divest of only part of their holdings.

There are four broad common types of exit:

What is an MBO?

A management buy-out (MBO) describes a deal in which an individual or team who is or are already employed within a business (and who may already have some equity in the business), buys equity from an exiting shareholder(s).

Often when we suggest this as an option we’re met with a rebuttal on the grounds that either the management team wouldn’t have access to sufficient personal funds to complete the deal, or wouldn’t want to put their family homes on the line by having to borrow significant funds personally.

Our response in these situations is to point out that almost all MBOs involve some form of external funding, whether bank debt or private equity and that the contribution required of management is generally only that which is required to show that they have some “skin in the game”, i.e., enough to reassure a third party funder that they will be committed to the future success of the business.

There are a number of advantages to an MBO, compared to alternative exit routes.

What is an MBI?

A management buy-in (MBI) largely mirrors an MBO, albeit that the purchasers in this case come from outside the business.

Often it comes into play when the incumbent management team aren’t interested in pursuing an MBO, lack the skill sets to lead a buy-out, or where a business is struggling and needs fresh blood in order to shake things up.

Occasionally, there may be situations where an existing management team wants to do a buy-out, but they feel that there is a gap in their team and seek to bring in an external individual(s) to bolster it.

In this case, the hybrid of the two deal types is referred to by the rather unfortunate BIMBO acronym (buy-in management buy-out).

A trade sale is the exit route that most people immediately call to mind when they start thinking about their plans. Simply, this involves the sale of one business to another business.

While an MBO, MBI or trade sale typically leads to a full exit, for many business owners this all or nothing approach may not actually give them what they want.

In many situations we find that someone wants to sell, not because they’ve fallen out of love with the business or wish to retire, but because they’re increasingly uncomfortable with the risk of having the bulk of their personal wealth tied up in a relatively illiquid asset.  This can lead to a sale for the wrong reasons and feelings of regret at having got out too early.

There are also often situations in which one or more shareholders may be keen to exit, but others wish to continue with the business.

Working out how to address these apparently contradictory goals is where the idea of a partial exit really comes into its own.

There are a huge number of private equity funds in the UK and Ireland, all of whom are looking for high quality companies and management teams to back.

These funds all have different mandates and investment timelines, but, broadly speaking, they seek to take equity stakes in private businesses and generate two to three times the return on their money over a three to five year investment period.

While some funds are purely growth capital focused (any money they invest has to stay on the balance sheet), the majority are comfortable with the concept of replacement capital, i.e., cash off the table to existing shareholders.

Floating the company on a public market is a less common means of achieving an exit than the three other examples referenced above.

Looking at Northern Ireland in particular, we have a very low number of listed businesses relative to the rest of the UK and one theory as to why this is the case is a fear, perhaps unfounded, that the burden of a listing both in terms of the initial cost and ongoing regulatory and reporting requirements, outweighs the advantages of being able to tap into public markets for follow-on funding and the boost to the company’s profile that follows a listing.

Awareness of the various options is key to achieving the best outcome for you and your business. Ultimately, it is only by taking the time to consider the specific strengths and weaknesses of your business along with your personal goals and timelines that you will be able to enter into a transaction process with confidence. A good advisor will take the time to understand your underlying motivation and not pressure you in committing to a particular course of action.