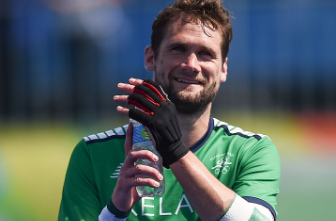 Irish hockey international Paul Gleghorne is delighted with the news that HNH is partnering with mental health and well-being organisation Inspire.

Gleghorne joined the HNH Corporate Finance team from KPMG in February this year and has previously written about his experience with depression.

“Organisations like Inspire are very important for employee welfare,” he said.

“Whether it’s providing guidance on how to deal with work related stress and anxiety, issues outside of the workplace, or simply spreading awareness throughout the firm, it’s

We are proud to announce that Kirsti Doherty has been promoted to Recruitment Executive. Kirsti joined HNH Human Capital 12 months ago as a Recruitment Resourcer and has proven herself...

We are delighted to announce the promotion of Laura Haggan to Associate Director of HNH Human Capital. Laura joined our Human Capital department at the start of 2015 and...