The economic impact of high growth firms in Northern Ireland 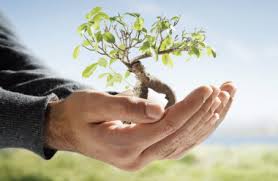 As one of three Managing Directors within Belfast based HNH Group, it is my pleasure to open the first in a series of blogs for the Corporate Finance Division of the business.

As part of this ongoing process, we will monitor national and international financial news and discuss levels of impact at a local level in Northern Ireland.

As corporate finance advisers, much of our work focuses around assisting shareholders to position their business so as to achieve the best possible valuation on exit.   In such situations it is easy to focus purely on internal matters (profit margins, working capital, HR, etc) when grooming for sale, however,  the importance of understanding wider macroeconomic conditions cannot be understated,  as these can ultimately have a significant bearing on both valuations and transaction structures.

It has been a mixed couple of weeks financially for Northern Ireland. As Invest NI (INI) was announcing record breaking job creation figures  the ongoing and destabilising uncertainty caused by the welfare reform debacle threatens to undermine the potential devolution of corporation tax-setting powers, a key lever to help boost both local and foreign business investment.

A further report released by Invest NI last week provided a valuable insight into the contribution made by High Growth Firms (defined as those that have increased headcount or turnover by more than 20% per annum over a three year period) in Northern Ireland.

The report showed that there were “720 high growth firms in Northern Ireland between 2010 and 2013, accounting for just over 10% of businesses employing 10 or more employees. If a broader definition is adopted and firms with less than 10 employees are included, the number of high growth firms between 2010 and 2013 in Northern Ireland increases to 10,150, a fifth of all firms.”

However, the research also highlighted that “the number of HGFs has fallen in Northern Ireland in recent years, a decline which is not just down to the recession.”

Whilst the report makes a number of positive points in respect of the diversity of HGFs in Northern Ireland, (both in terms of the geographic and sectoral spread), it is concerning to note that, on average, each Northern Irish HGF created 29 net jobs between 2010 and 2013, compared to an average figure of 83 for the UK as a whole. The salient question is thus: what can be done to ensure that local, ambitious businesses can achieve growth in line with their peers in GB?

The report suggests that the answer may lie in access to resources, or lack thereof: “With ever increasing pressure on resources it would be very helpful if high growth firms could be easily identified and then have support channelled to them.”

Whilst INI provides a range of excellent funding and support programmes to assist local businesses, there are limits to what they can offer, and it is important that the directors and shareholders behind HGFs and potential HGFs appreciate the wider range of funding options that are available to them. Private equity, venture capital and mezzanine finance have and will continue to play an increasingly important role in fuelling corporate growth in Northern Ireland and, ultimately, assist in rebalancing our economy.