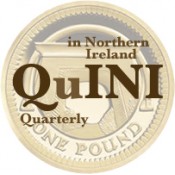 A new networking initiative for the financial advisory community which aims to stimulate more deal activity in the Northern Ireland market was launched recently at Belfast’s Titanic Drawing Offices.

QUINI – standing for Quarterly in Northern Ireland – will follow a similar format to QUID (Quarterly in Dublin), which since its launch in late 2012 has already proved popular with Dublin’s deal-making community and has been well attended by the investors from both domestic and foreign investment houses.

Speaking at the launch event – sponsored by Horwood Neill Holmes and Broadlake Capital – QUINI Chairman Craig Holmes explained: “QUINI will be a quarterly gathering of domestic and foreign investors, corporate finance advisers, bankers and lawyers to network and discuss deals in an informal context – be it mergers and acquisitions, restructuring, growth capital or new lending.

“There will be a particular emphasis on ensuring foreign investors attend the event and we will be liaising closely with diaspora from the North and South of Ireland in Great Britain in this regard. We want to get the message out there very clearly that Northern Ireland is open for business and is a dynamic, competitive place in which to do business for domestic and foreign investors alike.”

According to Tom Smyth, director of Broadlake Capital, the launch of QUINI comes in response to a growing need for an initiative based specifically around deal activity. “There is a real gap in the Northern Ireland market for a networking event which is focused exclusively on stimulating deal activity,” he said.

“Despite challenging market conditions, there is business to be done in Northern Ireland. There is real potential to get significant deals across the line which could have a major impact on our bid to secure recovery and achieve sustainable economic growth.

“With this in mind, we fully expect the success and popularity of QUINI – a stimulant for deal activity in Northern Ireland– to reciprocate that of QUID and look forward to witnessing the many deals that will emerge as a result in the coming months.”