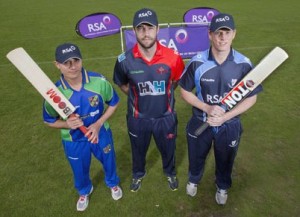 Horwood Neill Holmes will be the main sponsor for the Northern Knights during the series and Wayne Horwood said: “It’s great to see the RSA Inter-Provincial series across the three formats of the game. They are a key stepping stone for players into the full Ireland squad. HNH are delighted to sponsor the Northern Knights and I look forward to a good summer of competitive cricket and hopefully a few new international players selected on the back of their performances in the RSA Inter-Provincial series.”

Northern Knights selector, Kyle McCallan said about the squad: “I’m delighted with the make up of the Northern Knights squad with all players showing good early season form. An away tie versus Leinster Lightning will be a tough start to the series, but I’m confident that this squad has the ability to get a win at the Hills CC on Bank Holiday Monday.”

Looking forward to the first match, Head Coach Eugene Moleon said: “The squad has been announced for the first game and everyone is looking forward to the challenge. Guys have shown good form early on. We have a good blend of senior players and youth. I am glad to say from players, to coaching staff to admin officer, we will be giving it our all for the Northern Knights. Please support us in this series.“

Reflecting on the first squad selected, NCU Chairman, Brian Walsh, said: I would like to wish Andrew, Eugene, Gavin and the team all the best for the match at the Hills and indeed for the season. I would also thank Wayne and Alan Waite for their valued sponsorship.”

The Northern Cricket Union looks forward to seeing cricketing fans from across the Union come together to support the Northern Knights. Congratulations to those selected and Good Luck to the team!