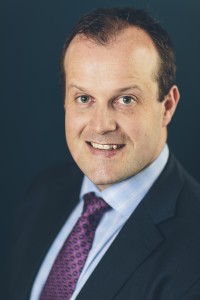 In March 2013, the Ulster University announced that it would be relocating from Jordanstown to a bespoke £250 million campus in Belfast City Centre.  Construction work on the 75,000 square foot facility (making it the largest building project in Northern Ireland) commenced in 2014 and is expected to complete during 2018.

In the short-term, a construction project of this magnitude will provide a significant fillip to the NI economy. Data from the UK Contractors Group suggests that every £1 invested in construction output generates £2.84 of total economic activity.  Given the estimated project cost, the implied benefit to the NI economy of the new campus construction alone, is in the region of £710 million, with the potential to support up to 8,000 jobs.  The construction of private rented accommodation in the vicinity of the campus will have a further positive impact. In light of the recent announcement by Michelin, the significance of job creation on this scale is hugely important.

Of further significance is the breadth of employment opportunities created by major construction projects. While many of the roles call for experienced and highly-skilled tradesmen, (relative to other sectors of the economy) this project provides greater opportunities for low-skilled and young workers, who might otherwise have limited opportunities for employment.

While the short-term economic impact is significant in its own right, the potential long-term benefit to Northern Ireland is where the really compelling argument lies.

The cost-benefit debate in respect of education spend (and in particular higher education), is often skewed towards short-term budgetary control, rather than long-term investment.  As noted by Universities UK in their report The Impact of Universities on the UK Economy, the significant contribution made by universities to the country’s overall economic infrastructure can sometimes be overlooked.

Universities are a crucial source of both employment and economic activity. During 2011, the higher education sector was responsible for 2.7% of all UK employment and over £73 billion of economic output. As with the construction sector, there is a strong multiplier effect; it is estimated that for every 100 full-time jobs created by universities a further 117 full-time equivalent jobs are created. These could be with organisations that provide goods or services to the university, or in businesses supported by the personal expenditure of university employees.

Across the UK, international students make up 18% of the total student population. While the figures for England, Scotland and Wales are broadly comparable at 19%, 21% and 19% respectively, Northern Ireland lags some way behind at 11%.  For the academic year 2013/14, there were 56,395 undergraduate and postgraduate students enrolled at Northern Irish universities, of which 5,950 were from outside the UK. If we take the 18% UK average as a target figure, Northern Ireland has a shortfall of approximately 4,200 international students.

The economic impact of this shortfall is thrown into stark relief when one considers that, on average, international students spend around £11,000 per year on off-campus expenditure.  Increasing our quota of international students (such that the proportion is in line with the rest of the UK) could therefore result in an additional £46 million being spent on goods and services within the local economy.

Given the positive economic and social contribution which students make, it is clear that we need to do more to make studying in Northern Ireland an attractive option for international students. Having a modern, bespoke campus facility in the city centre will be a key step towards achieving this long-term goal. In the short-term, the investment required to develop both the campus itself and associated private sector accommodation will provide a shot in the arm for the local economy, leading to job creation across a range of sectors.

A cityscape replete with cranes and building sites may not make for the most appealing of sights, but it is sure sign that our economy is back on an upward trajectory.