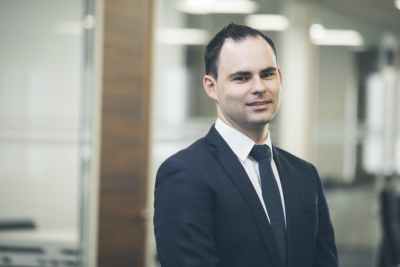 A Members’ Voluntary Liquidation (or “MVL” as it is commonly known) is an option for solvent companies wishing to wind down their activities and allows for assets to be distributed in a tax-efficient manner, whilst also giving directors certainty given the finality of the liquidation process.

An MVL is only an option for solvent companies meaning that the company must hold enough assets to be able to settle all liabilities and interest in full, normally within 12 months. The reference to interest is an important one, given HMRC’s request for 8% statutory interest on all outstanding tax liabilities from the date of liquidation until payment is received.

Directors often pursue an MVL for one (or a combination) of the following reasons:

A director-led process, an MVL involves the Board resolving to place the company into solvent liquidation and the swearing of an asset and liability statement (known as a “Declaration of Solvency”) for the company confirming that the entity is indeed solvent, and has the ability to satisfy all creditor liabilities plus statutory interest, within 12 months. This is then ratified at a members meeting of the company, following which the entity will formally be placed into liquidation and a liquidator(s) appointed.

Once appointed, the liquidator will wind down the company’s affairs, including the realisation of all company assets, distribution of a dividend to all creditor claims (if any) and dissolution of the entity following receipt of appropriate tax clearance. Whilst a company may be registered in one jurisdiction, it may be tax resident in an alternative jurisdiction, and therefore the resolution of its tax affairs and receipt of appropriate clearance is vital in any MVL.

The winding up of an entity’s affairs by an insolvency practitioner in this manner gives directors and shareholders comfort that the company’s assets and tax affairs have been dealt with appropriately. Statutory notices and public advertisement offers stakeholders a protection mechanism against any future request by creditors to have the entity restored to the company’s register following dissolution.

Upon closure of a company by way of an MVL all retained profits are treated as capital rather than income. This means the funds distributed to shareholders should be subject to Capital Gains Tax (“CGT”) rather than income tax.

The headline CGT rate is 20%, however this is reduced to 10% if Entrepreneur’s Relief (“ER”) is available. It should be noted that each distribution in a winding up (e.g. where there is an initial distribution, followed by a final distribution upon completion of the liquidation) is a separate CGT event and therefore the ER conditions will need to be assessed on each separate occasion.

In recent years, HMRC have been extending the reach of tax anti-avoidance legislation, including the treatment of distributions arising on a winding up. The ‘Transactions In Securities’ (“TIS”) rules have been amended to include such distributions, although there is a mechanism to seek advance clearance from HMRC that they will not apply a TIS counteraction to a given transaction.

Furthermore, a Targeted Anti-Avoidance Rule’ (“TAAR”) was brought in with effect from 6 April 2016 to prevent ‘phoenixism’. The TAAR applies where (in addition to other conditions) the individual receiving the distribution continues to carry on, or be involved with, the same trade or a trade similar to that of the wound up company at any time within two years from the date of the distribution. Unlike the TIS rules, there is no clearance procedure in respect of the anti-phoenixism TAAR.

While the MVL route still offers a return on capital which is subject to relatively low CGT rates, care should be taken with the winding up itself and any other transactions taking place which are (or could be) connected with it under the anti-avoidance legislation.

The alternative to winding down a solvent entity’s affairs is via an application to have the company “struck off” the company’s register. Whilst the “striking off” process is straightforward it does not provide the company directors and shareholders with the same level of protection as the above MVL process. Furthermore, if the distribution in respect of share capital on a striking off exceeds £25,000, for tax purposes the full amount of the distribution will be subject to income tax rather than CGT.

When considering how best to wind down an entity’s affairs, the professional advice of an insolvency practitioner should always be sought.