Is It Time To Cash In? 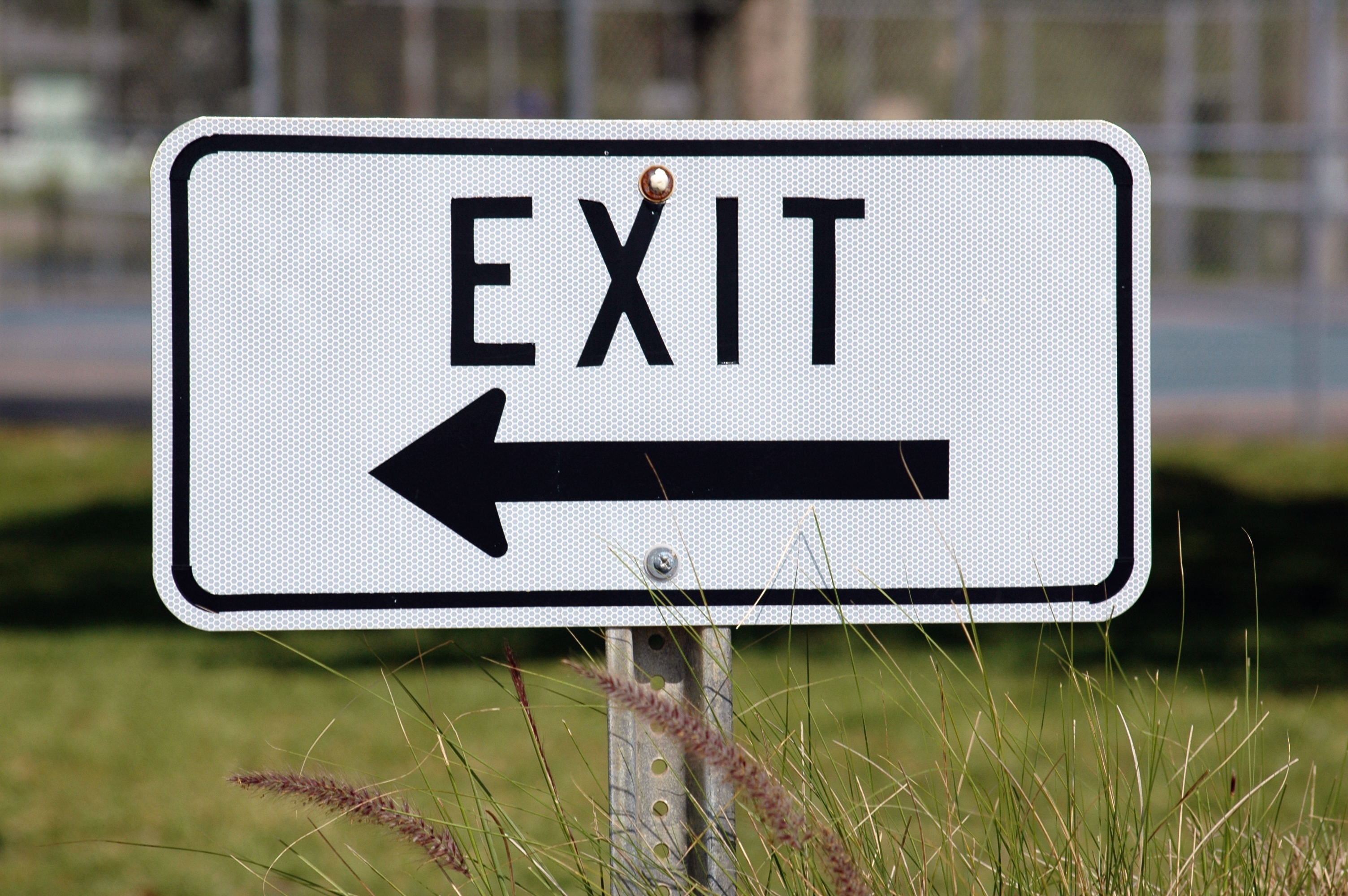 The past months have had a deep and lasting impact for all of us. In February, the terms social distancing, furloughing and COVID-19 were almost unheard of and now they are part of our everyday ‘virtual’ lexicon. The world has tilted on its axis and life for all of us has changed. Indeed for many the enforced extra down time will have provided an opportunity for some strategic thinking and planning for the future; entrepreneurs and business owners may well have turned their thoughts to the possibility of selling up, cashing in or moving in a different direction. For those who are contemplating such a move (even if they don’t want to admit it!) the next question is how might they go about it?

When a decision has been made to sell/exit a company, one needs to consider the options, select the most suitable one, prepare a comprehensive plan and implement the plan accordingly. While most business owners will recognise this process as being part of their everyday business makeup, when it comes to actually selling your company/business, the big difference is that most people only do this once or by exception a couple of times in their lifetime and thus it is not a process that they are entirely familiar with.  So what are the key factors to consider?

If the decision has been taken to sell, then the first key factor is to work out who is going to buy the business. In an article last year we discussed the various exit routes that are typically open to shareholders. For many businesses, taking them to market via a trade sale process is the preferred option, in that, more often than not, it results in the highest valuation being achieved.

However, as we embark on what will likely be a lengthy recovery period post-COVID, it may be that for some businesses a trade sale is no longer the best direction. Prospective buyers may be preoccupied with their own internal issues, or may approach M&A activity with an opportunistic mindset unlikely to lead to an acceptable valuation for the seller.

In these circumstances, it is therefore more important than ever to weigh up the alternative options. Four that we will examine in more detail are: the Management Buy-out; the Management Buy-in; the Employee Buy-out and the Members Voluntary Liquidation.

In its simplest form an MBO, is a deal in which members of the company’s incumbent management team acquire all of or a controlling stake in the business from the existing shareholders. Typically, this involves the creation of a new company (Newco), which is used to acquire the shares (or in some cases the trade and assets) of the trading company.

Typically, the MBO team will not have access to sufficient personal resources to complete the deal with a full cash consideration. Depending on the nature of the business, the long-term growth strategy and how much the team can commit personally, it may be possible to bridge the gap by bringing in external funders such as a PE fund, debt fund, or bank. Equally, it may be possible for the vendor(s) to part-finance the deal via deferral of a proportion of the consideration or via loan notes in Newco.

There are quite a few tax considerations in an MBO, not only for the existing owner but also for the management team and the buyout company. The vendors will want to ensure that they qualify for capital gains tax treatment in respect of the proceeds they receive and also maximise their entitlement to Business Asset Disposal Relief (‘BADR’, previously known as Entrepreneurs’ Relief). This is now only available for gains of up to £1m but still saves £100,000 in tax per qualifying shareholder. If they are going to retain a minority interest in the company or help finance it via loan notes then the share for share/loan note exchange rules can come into play and a pre-transaction clearance from HMRC is strongly advised to ensure that the anti-avoidance rules will not be applied so as to treat the transaction as being subject to income tax. On top of this there may be a need to elect to dis-apply the share for share/loan note rules in certain circumstances if this could lead to a loss of entitlement to BADR.  The MBO team will also need to be mindful of the tax legislation that applies to employment related shares and they may also need to consider making certain elections to avoid future exposure to income tax arising on the ultimate sale of their shares in the buyout company. It would therefore be important to have all of these matters considered and planned for prior to completing the MBO.

An MBI can be viewed as a hybrid of an MBO and a trade sale in that an external team acquires the business from the existing shareholders. To all intents and purposes the structure of an MBI is the same as for an MBO: a Newco will be established as the acquisition vehicle, it will raise the necessary finance to execute the deal and ultimately acquire the business.

The funding options for an MBI are the same as for an MBO in that the team will typically need to augment what they can bring to the table with some third party funding. That said, it can be more difficult to raise finance for an MBI as, by definition, it involves an external team taking over the business and funders are often concerned that a lack of familiarity with the business, or cultural clashes with staff can increase the risk of post-completion setbacks.

The tax considerations for the vendors will be similar to those noted above in respect of the management buyout in that the sellers will want to ensure that they qualify for capital gains tax treatment in respect of the proceeds they receive and also maximise their entitlement to BADR. Once again, if they are going to retain a minority interest in the company or help finance it via loan notes then a pre-transaction clearance from HMRC is strongly advised in respect of any share for share/loan note exchange. Also the vendors may wish to elect to dis-apply the share for share/loan note rules in certain circumstances if this could lead to a loss of entitlement to BADR.  As the MBI team (which may include some of the existing management) will become employees, they will need to take account of the employment related share rules, which may entail making an election to avoid future exposure to income tax arising on the ultimate sale of their shares in the company. Once again some pre-transaction tax planning is highly recommended.

An option that is growing in popularity, but still somewhat under the radar, is the EBO.  Under this option, rather than a small group of managers acquiring the business (an MBO), the entire workforce participates in the deal, either directly or indirectly.   Indirect participation in the EBO is generally via an employee ownership trust that acquires shares on behalf of the beneficiaries.

While the EBO is a relatively uncommon option, there are some high profile examples of employee-owned businesses, with John Lewis/Waitrose probably the most well-known. With employee engagement an increasingly hot topic and retiring shareholders keen to protect their legacies, an EBO can be an exit route that is worth exploring.

From a tax perspective a sale of the shares in a trading company (or trading group) by existing shareholders to an employee ownership trust will be deemed for tax purposes to be for a consideration that gives rise to neither a capital gain nor a capital loss – in effect the transfer will be deemed to be tax free. There are several criteria which need to be met including that the trust must be solely for the benefit of all eligible employees of the company on the same terms. An eligible employee excludes any current shareholder with a holding in excess of 5% (taking into account holdings of anyone who is connected with the shareholder). After the share transfer, the trust must control more than half of the shares, votes, profits available for distribution and assets available on a winding up of the company. There are several other criteria that must also be met for the favourable tax treatment to apply in respect of disposals to an employee ownership trust. It is therefore imperative that careful consideration is given to the detailed rules in advance of shareholders disposing of their shares to such a vehicle and being entitled to claim the capital gains tax relief. If the requisite rules can’t be met then any disposal to such an employee trust should be within the charge to capital gains tax, at a rate of 10% if the conditions for BADR are met (and 20% on gains in excess of £1m or where the conditions for BADR are not met).

Sometimes there may be little of the original business to carry on once the main shareholders decide to call it a day (especially if the service provided by the company is dependent on the shareholders’ skill sets). In such cases, where there has been a build-up of undistributed cash and assets, it is possible for the business to cease and the company to enter into a members’ voluntary (solvent) liquidation.

This is a formal insolvency process in which a licensed insolvency practitioner is appointed to take control of the company, liquidate all of its assets and, after paying off all creditors, distribute the remaining assets and cash of the company to the shareholders and then wind up the company. Whilst the process is formal and requires strict compliance with the insolvency rules and company law, it is a well-trodden path for experienced insolvency advisors who under the right circumstances can distribute a significant majority of the company assets to the shareholders shortly after they have been appointed, with the remainder of the assets being distributed after the formal requirements of the liquidation process have all been completed.

However, there is a nasty tax trap that can arise for those who go down this route and then decide to start up again in the same or similar business under a different vehicle within a two year period following the liquidation of the original company. If a shareholder either sets up a new company or even starts up  a similar business by himself/herself or in partnership with someone else, HMRC may apply the ‘anti phoenixism’ rules which enables them to  treat the liquidation distribution as being subject to  income tax and not capital gains tax. Falling into this trap could result in an additional tax charge of almost 30%. Once again careful planning and consideration is required.

So if you are thinking that it might be time to ‘cash in your chips’, there are various ways that you might be able to do so, even if a third party purchaser is not on the horizon.